Here at Silva Timber, we receive a variety of enquiries from customers requesting timber for a host of end-uses. While most customers are looking for decking, cladding and roofing solutions, Salford Council requested something a little bit out the ordinary to help in their task to restore and resurrect a historic totem pole in the Salford Quays.

In 1969 Salford received the totem pole from their Canadian counterparts as a symbol of friendship to recognise the historic trade links between Canada and Manchester. Due to health and safety reasons, the pole was taken down in 2006, however, Salford councillor Stephen Coen began a campaign to resurrect the pole to its former glory. Having been kept in various storage units across the country, Councillor Coen finally tracked down the statue and had it transported to Lowry Outlet Mall in Salford to undergo the restoration work. 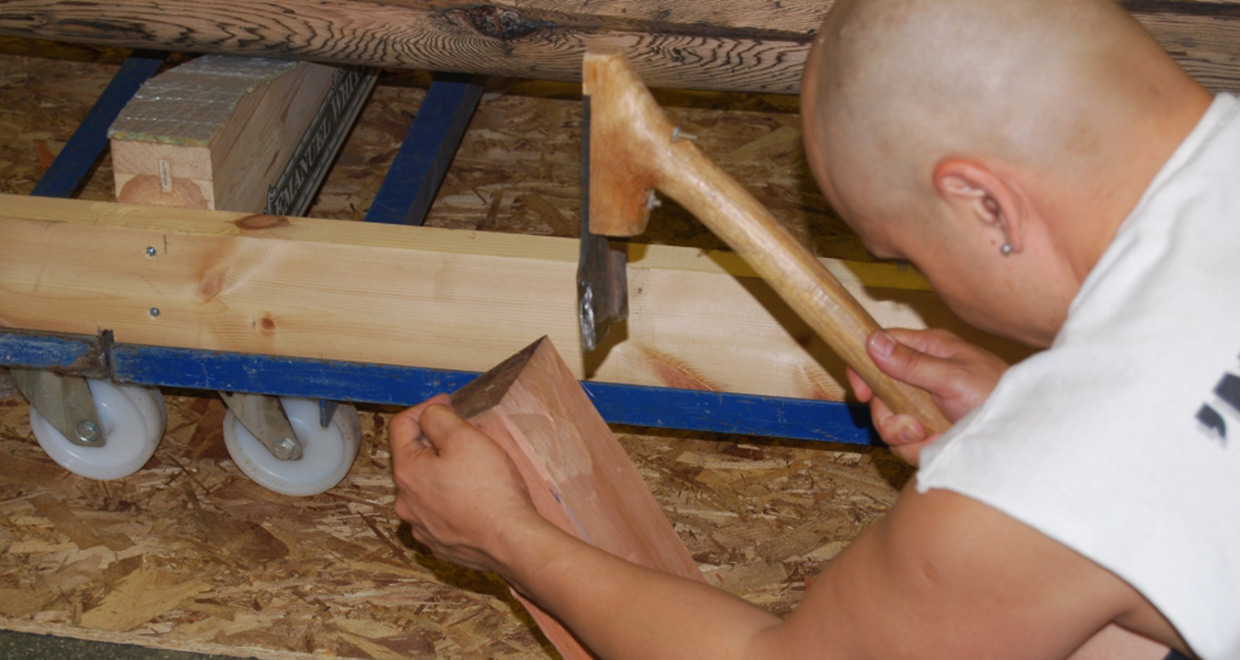 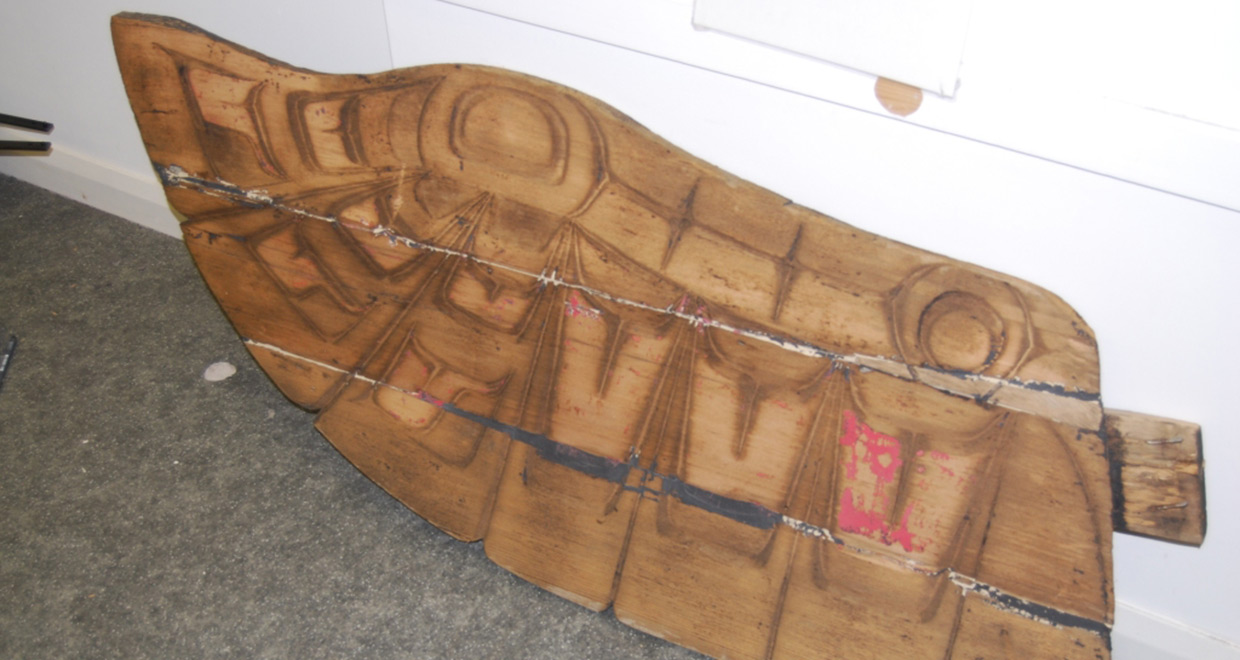 The 30 foot pole had suffered from decay and required certain sections to be re-carved to restore the original features.

Following the recommendation of the Canadian Embassy, Councillor Coen contacted Silva Timber with details of the project, needing some assistance with shipping the new timber over from North America. As always, Silva Timber were happy to help.

Salford Council specified Western Red Cedar as wood traditionally carved by Native Americans. The cedar was to be sourced in Canada, and then shipped over by Silva Timber where the sections would be carved and slotted into the original totem pole, then restored to its previous condition. 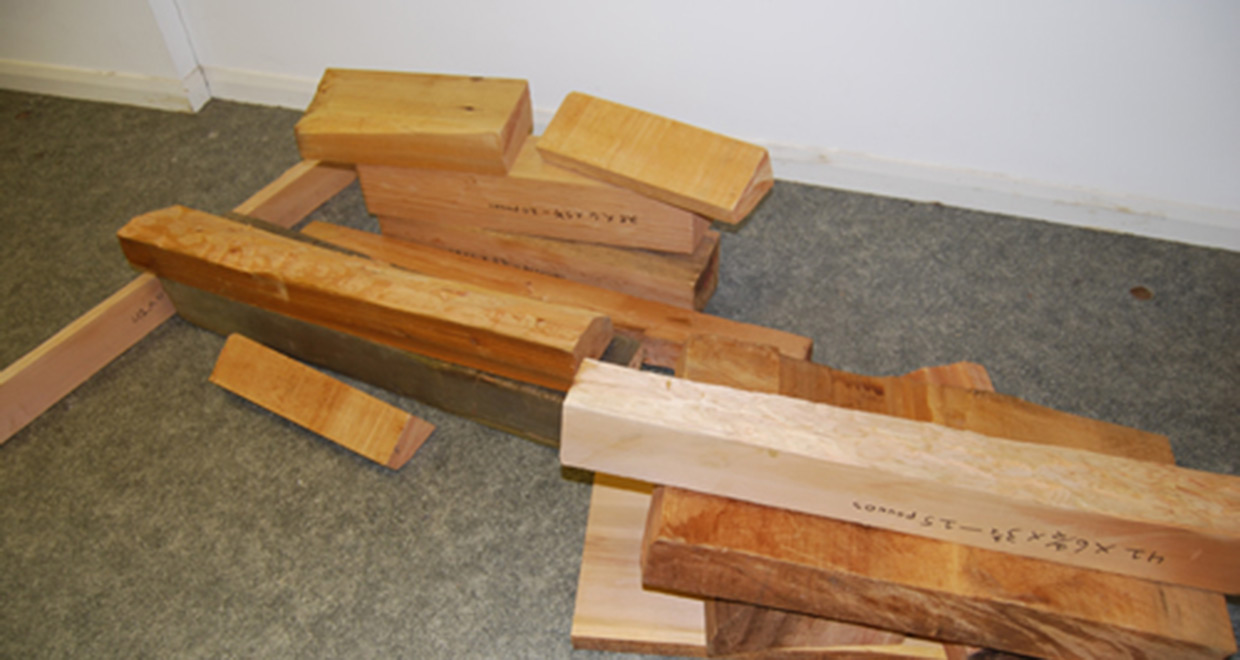 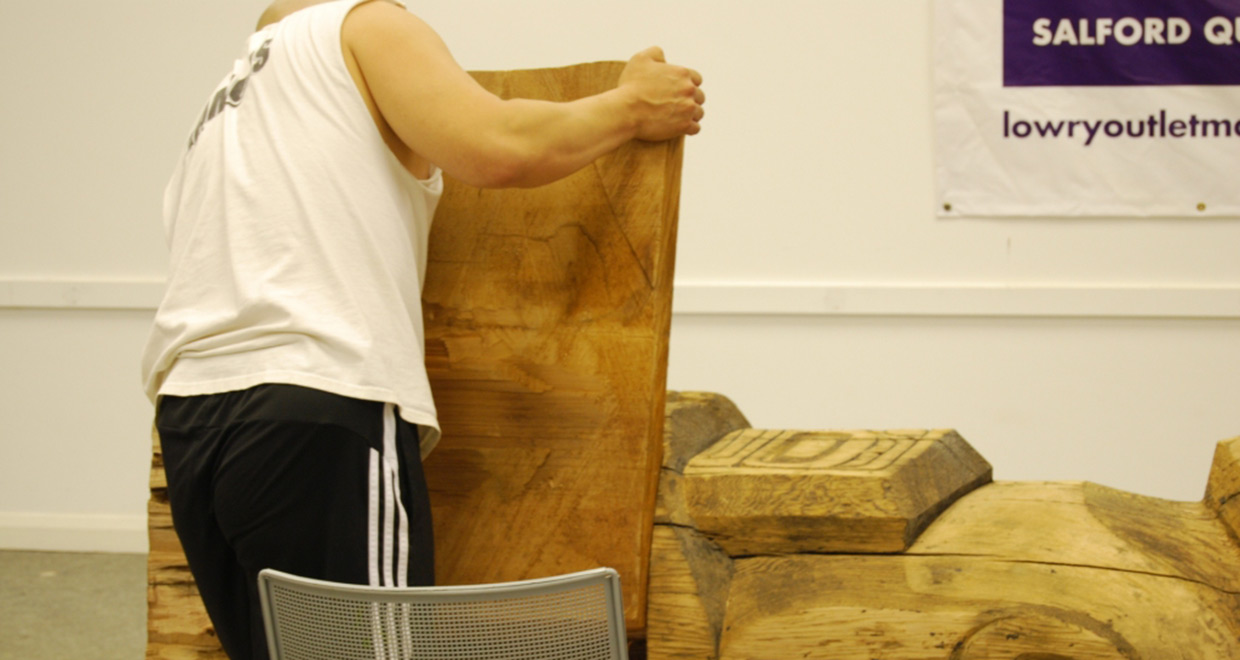 As a clear grade, Western Red Cedar has a vertical grain with very few, if any knots, the wood is perfect for carving intricate designs. The timber has a remarkable dimensional stability and will take to a wide range of stains and paints. Silva Timber take pride in offering the highest grade of Western Red Cedar available in the UK. With these properties its clear why Native Americans have chosen cedar for their totem poles throughout history, and makes it a perfect choice in keeping with heritage for the restoration project by Salford Council.

Silva Timber arranged for the cedar to be delivered to the UK along with our regular container shipment. Once the cedar blocks had docked in the UK, Silva Timber hand-delivered the sections to Salford Council at the Lowry Outlet Mall. 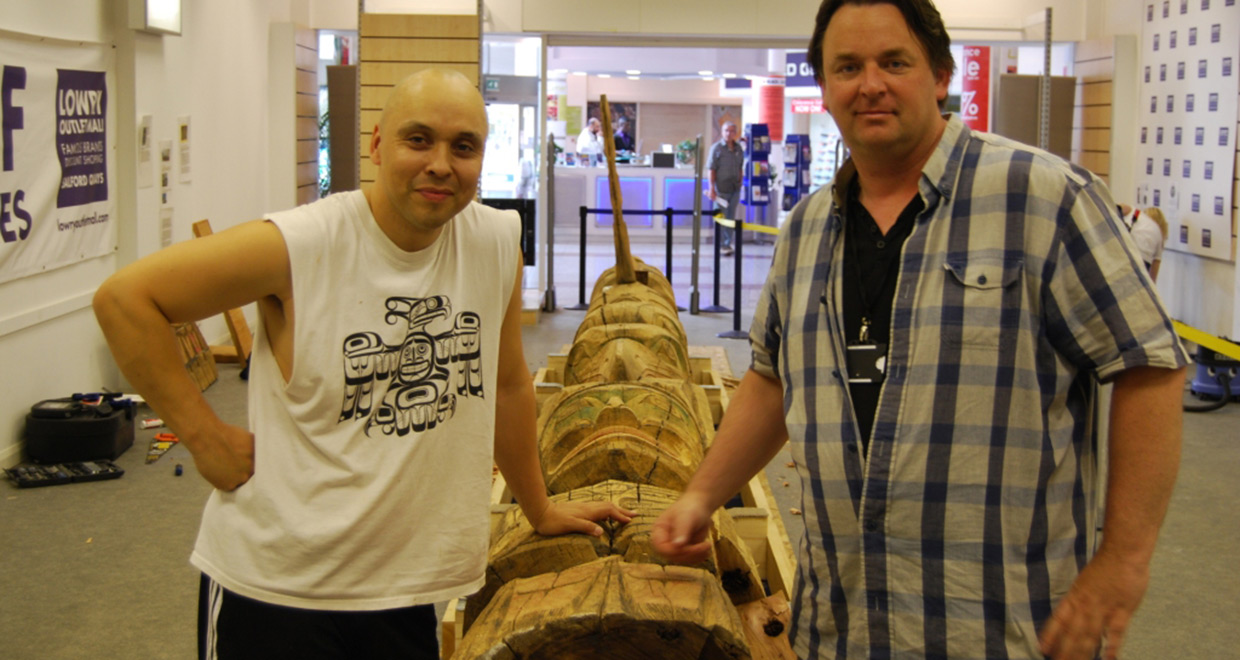 From here Kevin Cranmer, from the Kwakiuti tribe in British Columbia along with trainees from the City West Housing Trust, will begin restoring the city's famous totem pole, slotting in the new cedar sections and painting the wood to its original state. It is planned for the pole to be installed at Salford Quays, facing Canada.

We plan to follow up the totem pole tale once complete, however for now please see below for the pole in its current state before work begins to add the new cedar sections delivered by Silva Timber.

Silva Timber have been informed the Salford Totem Pole has reached the final 6 short-listing for the National Marsh Award for Excellence in Public Sculpture 2010 from 24 excellent nominations. We wish the team the very best of luck.

The defective timber at the base will be sawn out and replaced with Western Red Cedar to restore cracks and add stability to the base:

Decay on the main body of the pole will be treated, with Cedar replacing the damaged areas:

Kevin sizing up the cedar blocks for insertion into the base