Achieving the Passive House Standard is no mean feat but that’s exactly what John and Janie were aiming for when they selected Silva’s Siberian Larch Channel Weatherboard cladding for their new build, sustainable home.

Not content with simply finding a property on the market to suit their needs, John and Janie from Killibury near Wadebridge took the plunge and decided to build their dream home. John had undertaken some self-build projects in the past, and Janie, although new to the self-build arena, has spent her life photographing modern architecture and was keen to bring her ideas to life.

The plot was originally home to an old bungalow that ran alongside an Iron Age fort. Being located in an area of natural beauty brought with it some challenges. The preservation of the local wildlife (bats) was just one factor to be considered during the planning application process but once permission had been granted, the journey to turn their dreams into reality could finally begin. 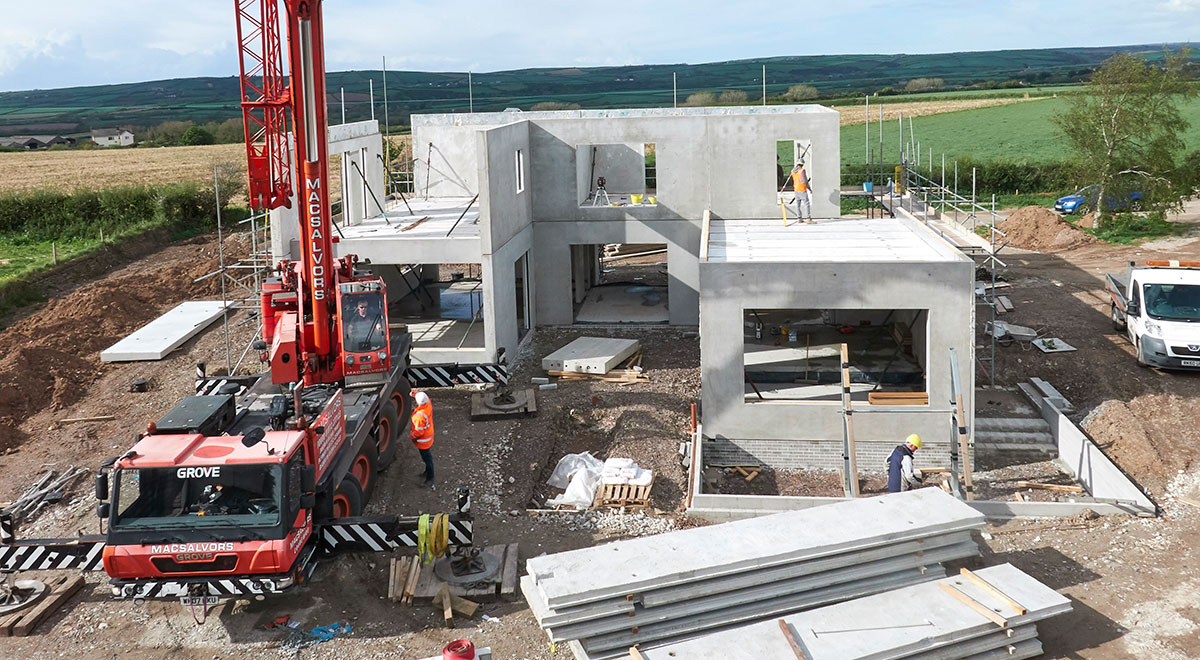 Having demolished the old bungalow, the work to build their new home was finally underway. John and Janie were keen to create a modern sustainable house combining the functionality of prefabricated insulated concrete panels with the beauty of Siberian Larch channel weatherboard cladding. The contrast between the light of the concrete and the dark of the wood (which was factory coated in Sansin SDF Onyx) adds a stunning dimension to the exterior of the building. 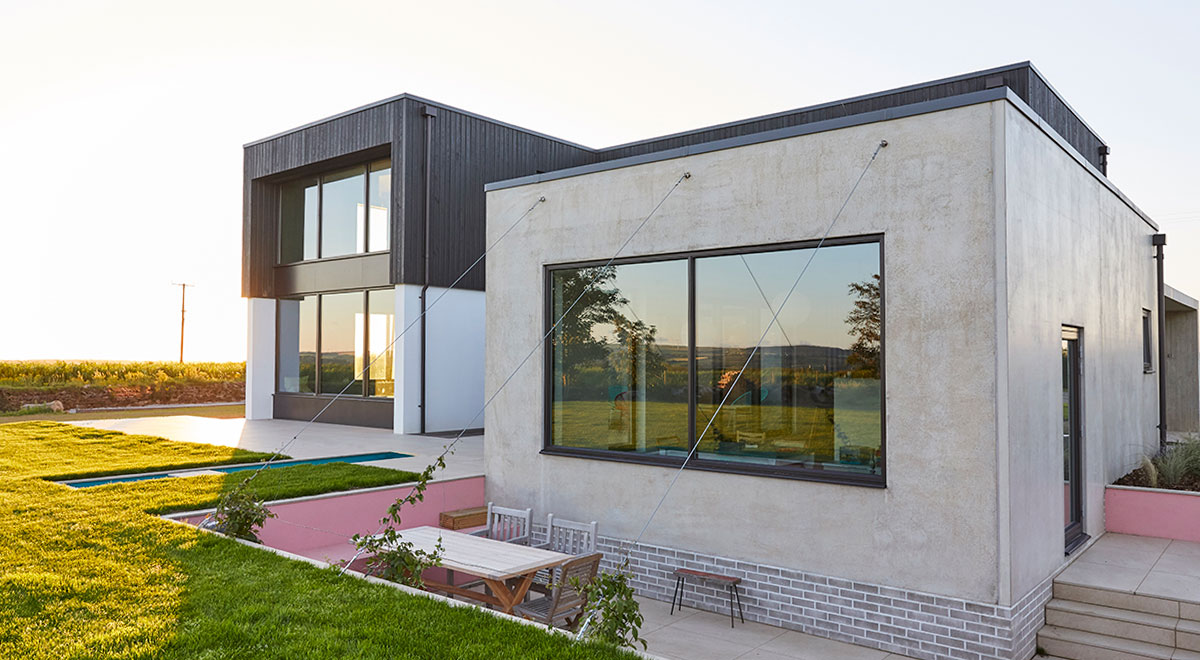 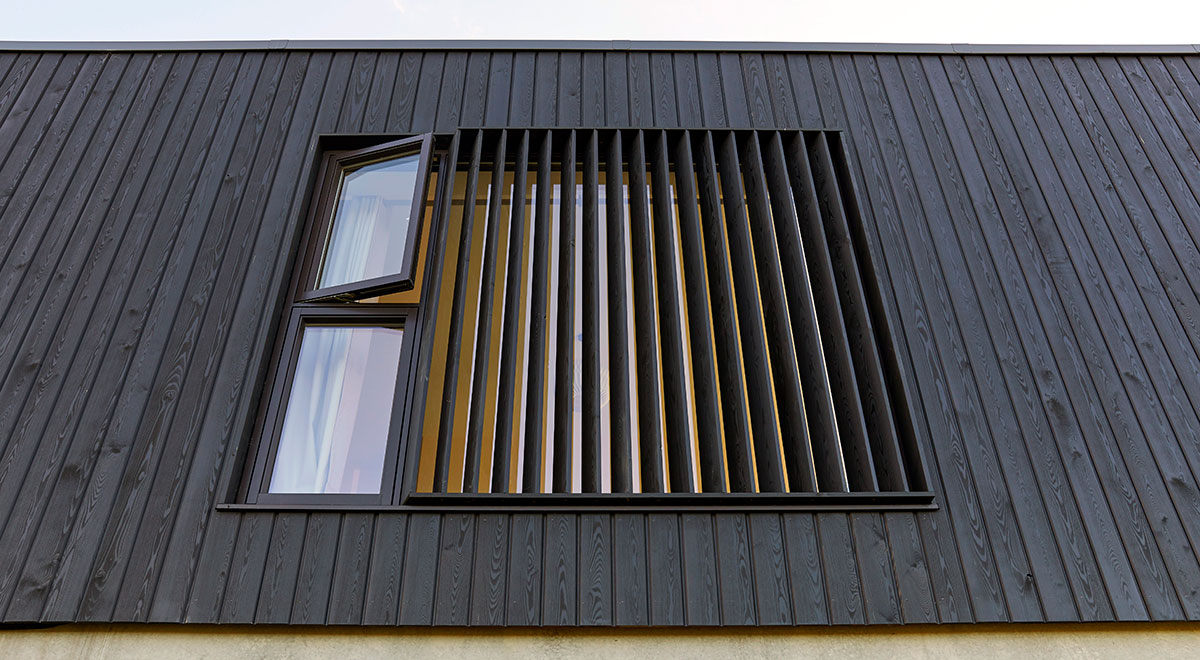 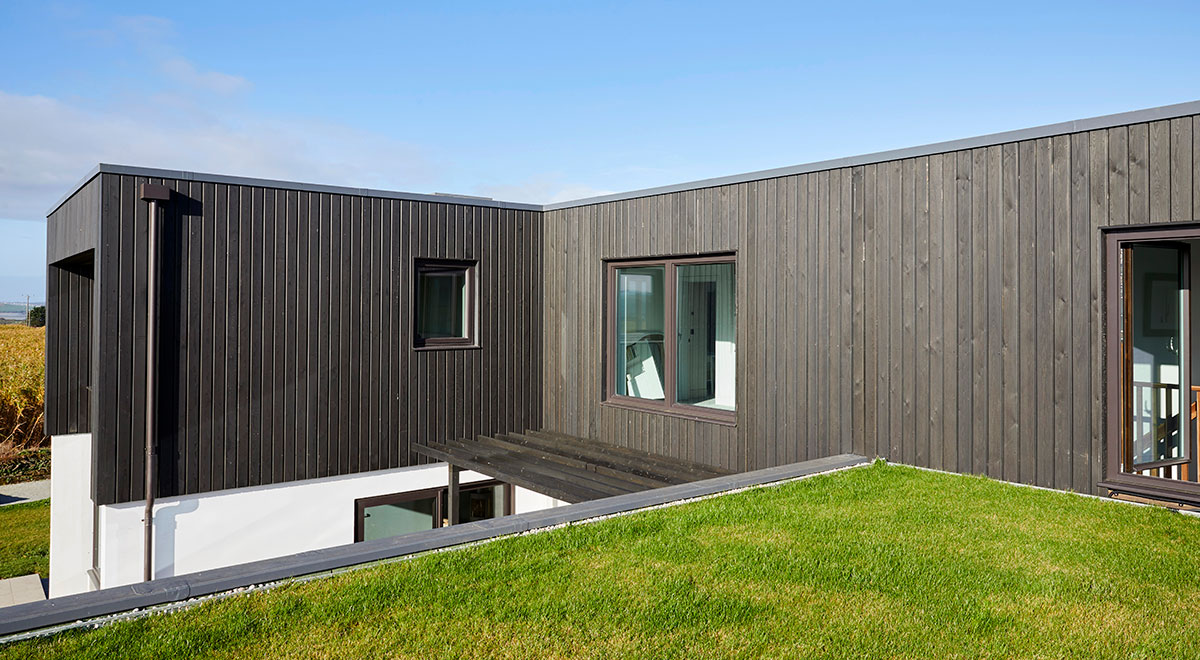 John initially met the Silva Timber team at the Futurebuild exhibition in March 2019. Originally set on the charred timber look, John was thrilled to explore Silva’s factory coating service which could offer him a similar look at a fraction of the cost. John visited Silva’s showroom, obtained samples, and placed his order within a matter of weeks. 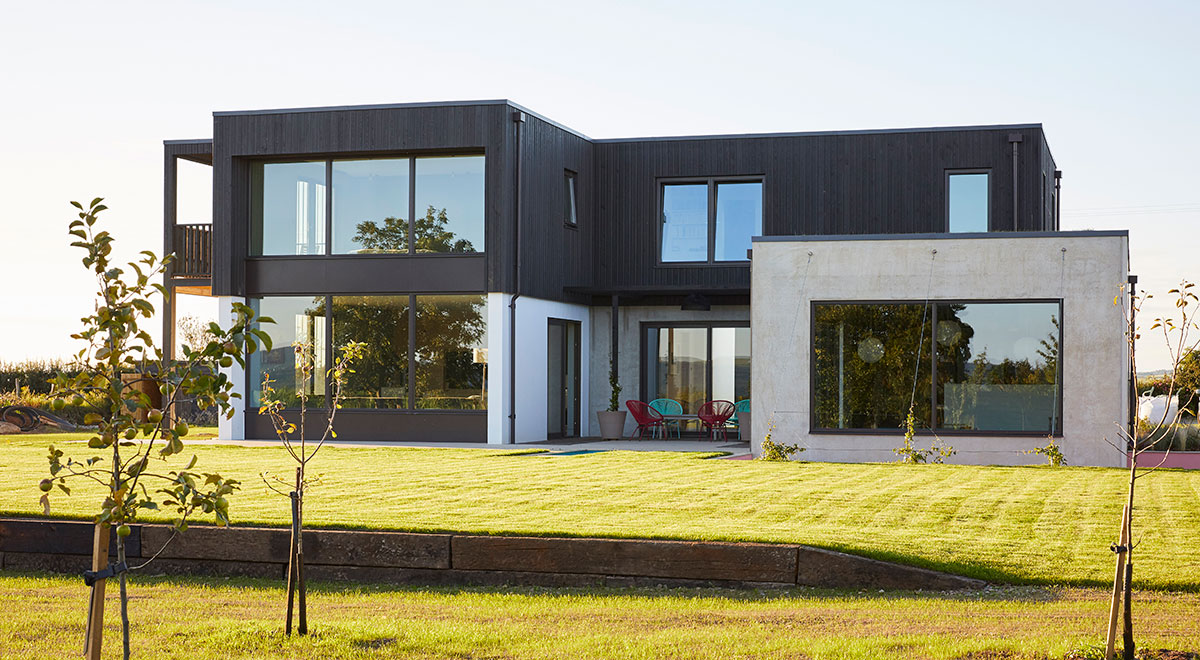 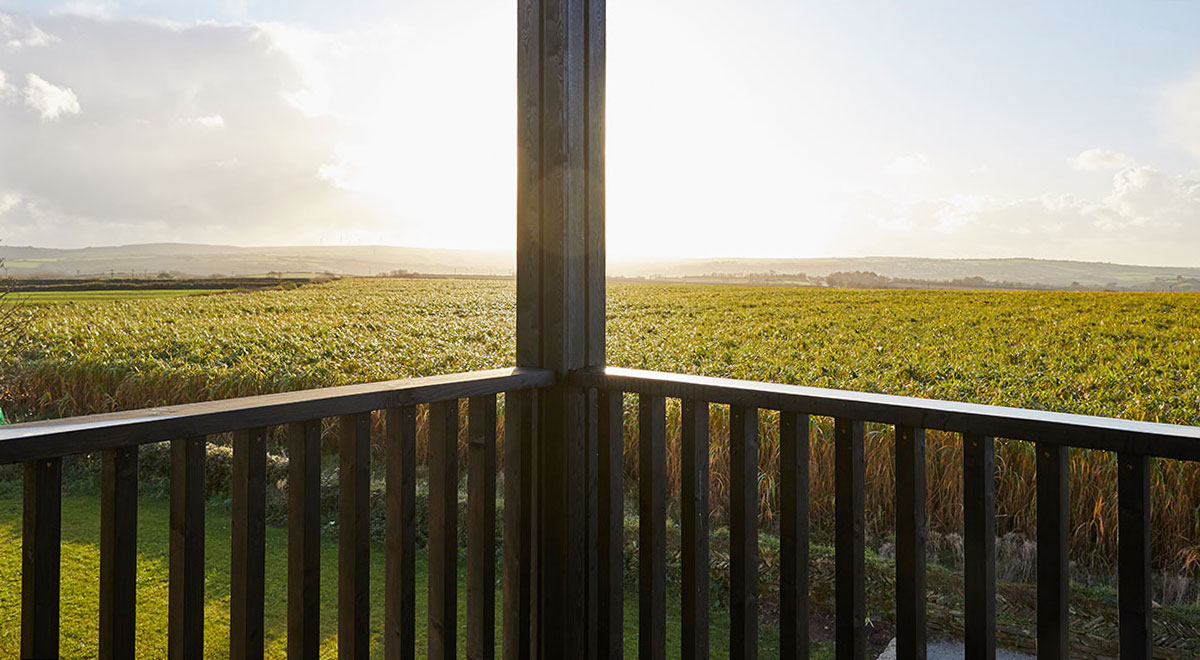 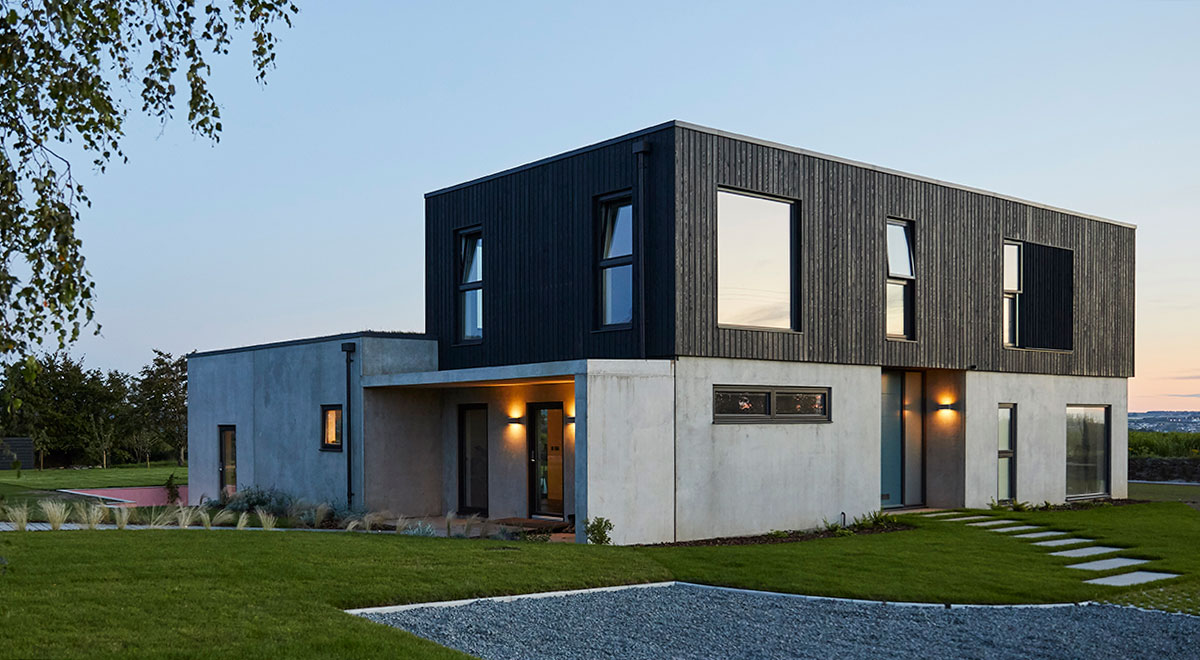 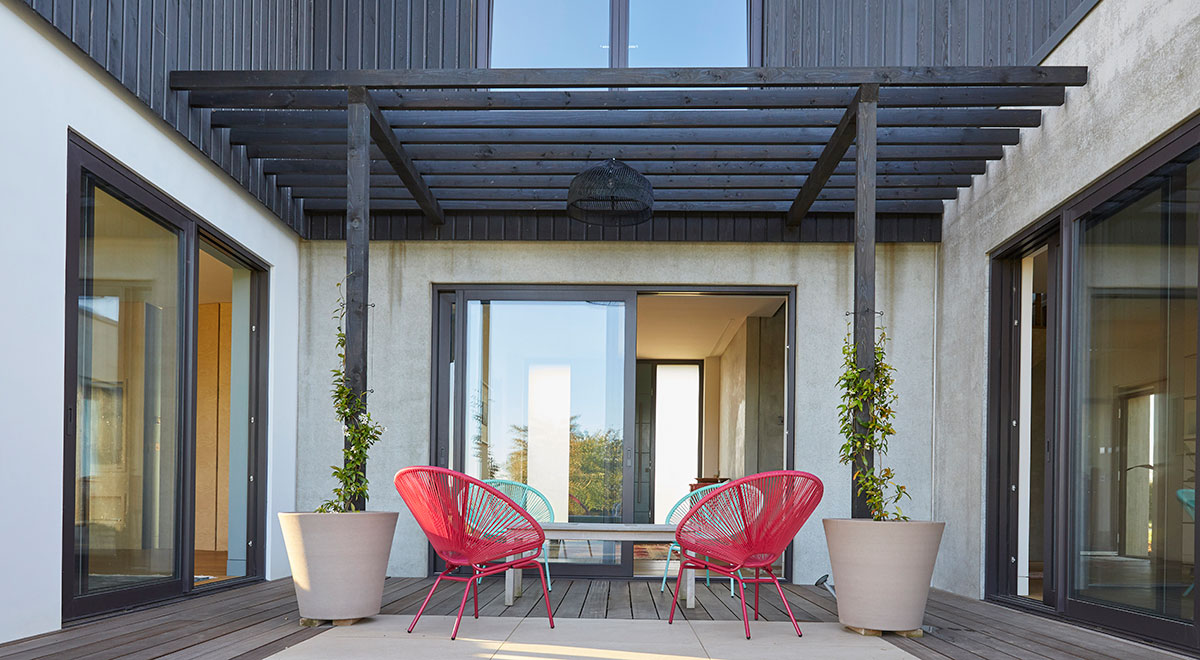 On dealing with Silva Timber, Janie commented, “We are very happy with the finished look and quality of the Silva products. The Silva Timber team were super easy to deal with, helpful and efficient.”

SILVALarch Channel Weatherboard cladding has a tongue and groove style fitment which creates bold shadow lines in the recess. Its insulation value is approximately 15 times better than masonry, 400 times better than steel, and 1,770 times better than aluminium, making it the perfect material to assist in achieving Passive House Standards.