After taking early retirement and making the decision to downsize from their existing 6-bed property, David Hollander and his wife, Val, had one pre-requisite for their new forever home: a double garage.

David’s passion for cars meant their search for a smaller property was quite a challenge but eventually they found a 1960’s doer-upper that had the all-important double garage, even though the house itself was in a state of disrepair. 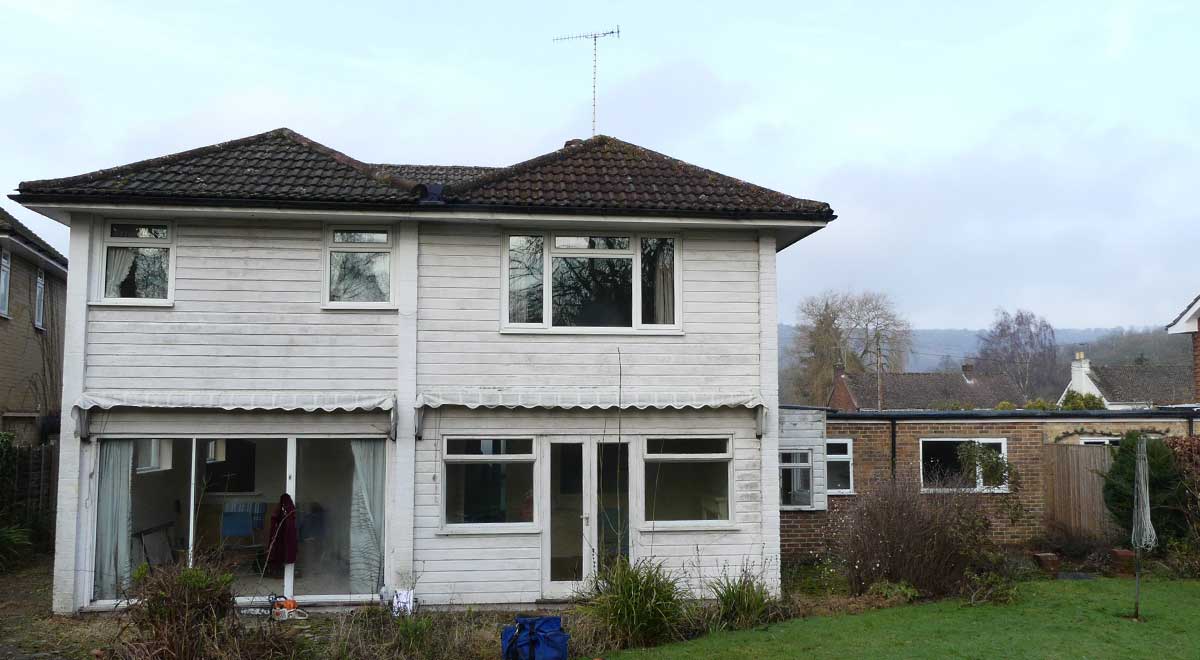 After purchasing the property David decided to demolish the existing garage, which was linked to the adjoining neighbour’s garage, and rebuild the house a metre from the boundary. This would grant David the opportunity to make something of the house whilst still incorporating the double garage space required. 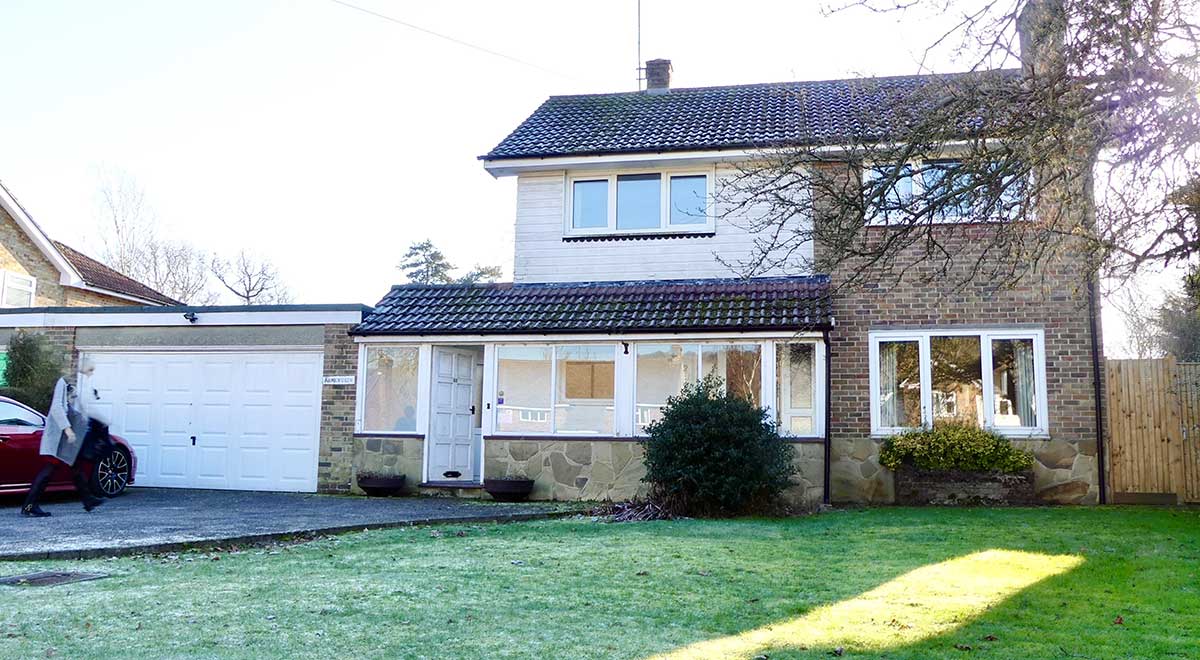 David and Val are no strangers to property renovation, having previously extended both up and out in their previous homes, but nothing on the scale of this project. As an avid fan of Channel 4’s Grand Designs, David knew he wanted to create something that was a complete contrast from their previous 1940’s home.

The renovation project was scheduled to take just eight months to complete but due to complications along the way, took two years and eight months in its entirety. During this time, having sold their home, David and his wife initially rented a flat, before moving on-site and living in a partially finished house which, at one stage, was without a front door and stairs to the upper floor!

Once the initial build was complete, attention then turned to the finer details of the exterior of the property. David knew exactly what he wanted to achieve; a modern, bright house that would require little maintenance. He selected aluminium windows, doors, gutters, and downpipes, and a colour coat render, together with slate piers to add a sense of grandeur to the front elevation. 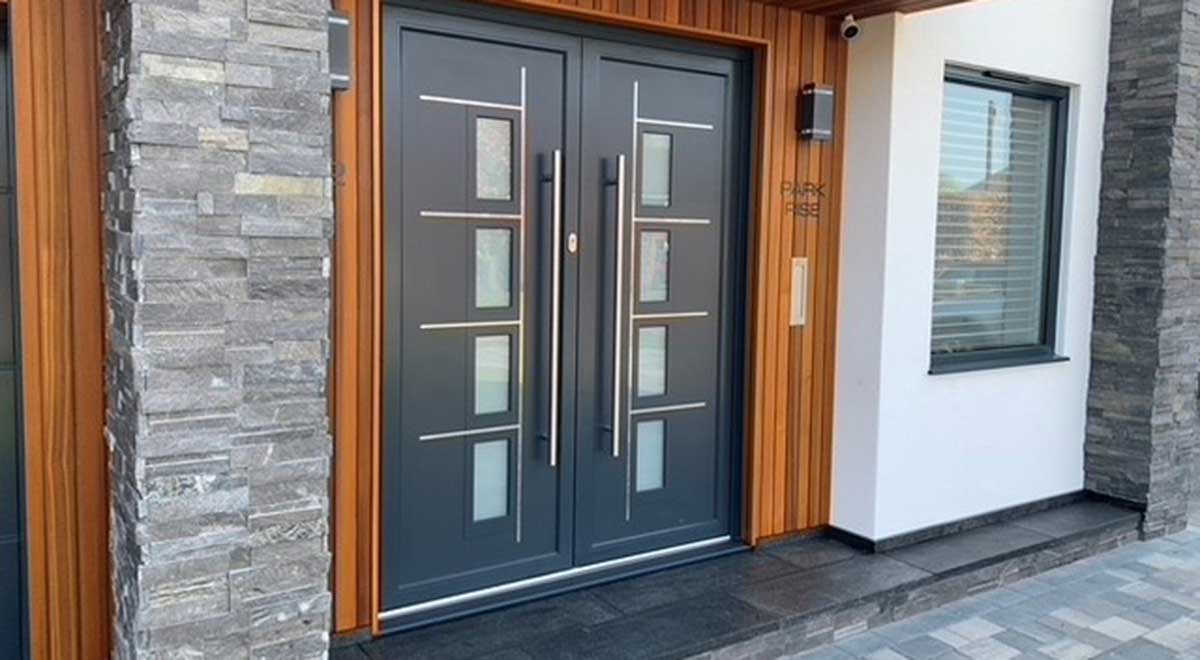 To complement the grey aluminium and white render, and to bring some warmth to the facade, David opted for our Silva Select Prestige VG Western Red Cedar Cladding. Keen to create a bold shadow line, our channel profile was the obvious choice, and David opted for a vertical application that works extremely well alongside the large, glazed panels to the rear of the property. 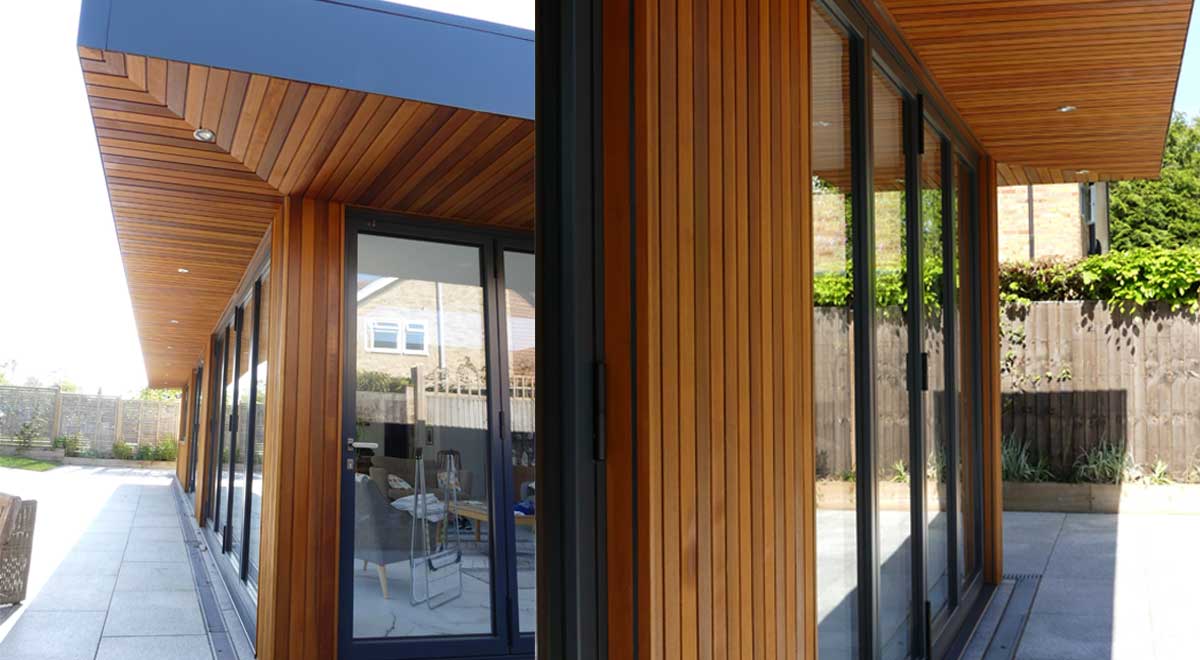 Not wanting the wood to grey over time, David took the decision to have the wood factory coated in Sansin SDF Precision Coat Natural Tones Harvest Gold. This specially formulated coating penetrates deep into the wood to give a long-lasting colour that emulates the natural tones found in cedar.

Prior to receiving his order, David received 3 samples of the channel cladding which had been coated in the Harvest Gold colour he selected. This allowed David to see how the coating would look when applied to the light, medium, and dark colour tones of the cedar wood. Subsequently, David cleverly planned out the installation to ensure an even distribution of colour tones throughout, and the results are simply stunning! 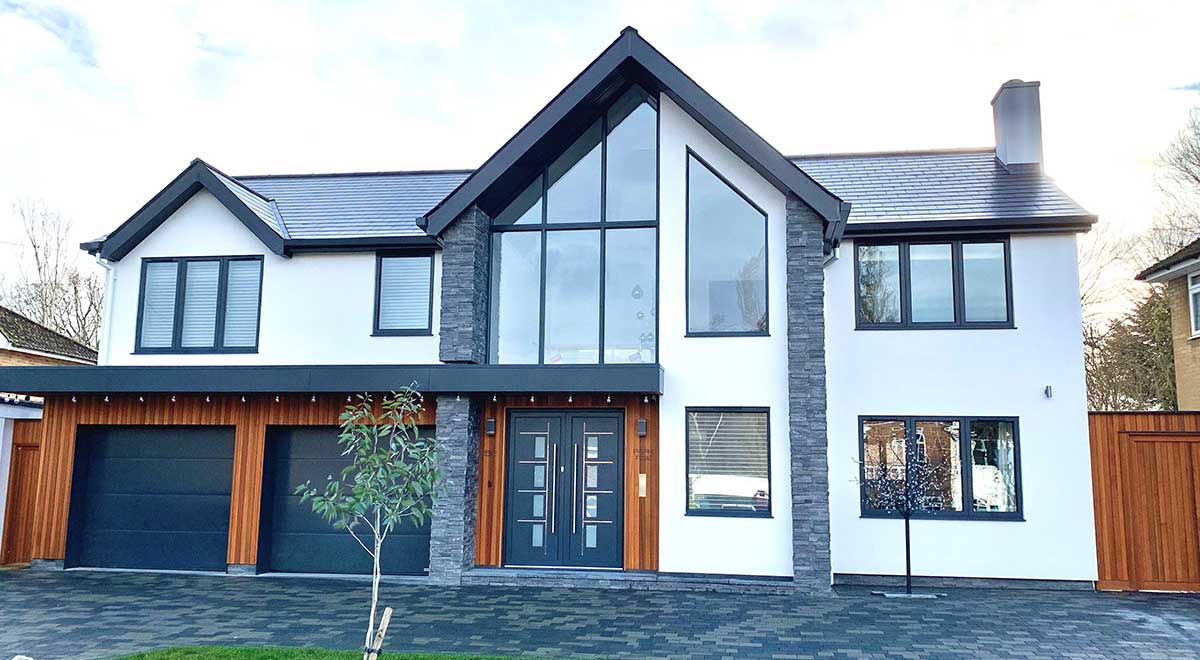 David commented, “Silva Timber were at all times very efficient. I probably had, over the course of a few weeks, half a dozen or more conversations about materials, treatments, quantities, fixing methods, etc., and everyone I spoke to was very helpful. The delivery was on time and the driver was as helpful as he could be. We are very happy with the house and how it all came together at the end. It looks just how we pictured it and it is a great place to live.”