Tucked away by the River Thames, surrounded by beautiful greenery, stood a perfect development project just waiting for someone to see its potential. The 1970’s house was the height of modern design when it was built but now looked dated and in need of a makeover.

Having undertaken a number of development projects before, Jon from P2London knew he could bring this house back to its former glory.

Jon always knew he wanted to use timber cladding; it had been a large feature of the original house and something he wanted to keep to pay homage to the heritage of the house.  Siberian Larch, Western Red Cedar and Sweet Chestnut were top of the species list for Jon who, after researching the properties of each, settled on Western Red Cedar to bring his vision to life.

The new house was originally going to feature narrow boards installed vertically but after visiting Grand Designs Live, Jon discovered a Rainscreen profile which would give the house the defined shadow lines he wanted between the boards.

Jon wanted the Cedar cladding to eventually age to a silvery grey so chose to have the timber coated with a clear moisture repellent. The paring of Western Red Cedar and large slate-grey cladding panels not only works well as a colour contrast while the Cedar ages, but will create a contrast with the different textures as the two become a similar colour.

Jon’s plans for the house took a detour when he took his partner to see his new development project and she fell in love with the location, changing the project from commercial development to developing their new home.

The original development plan included an interior feature wall, but the material and design hadn’t been finalised. Jon and his partner decided to use timber cladding on the feature wall in the atrium, which gave a natural warmth as you came through the door. The feature cladding was a great way of harmonising the exterior and interior design while adding a different element, this time they chose a Channel profile and installed it vertically.

The use of timber progressed from there; the lounge was styled around mid-century modern inspirations with some key furniture pieces selected as a nod to that era. The lounge felt like it was missing something, so Jon decided to try using Western Red Cedar cladding on the ceiling. It was the perfect finishing touch to bring the room together.

After that Jon and his partner decided to add a little bit more timber and clad the wall connecting the lounge ceiling with the atrium feature wall to create a seamless transition with the wood drawing you to the cosy lounge with stunning panoramic garden views. 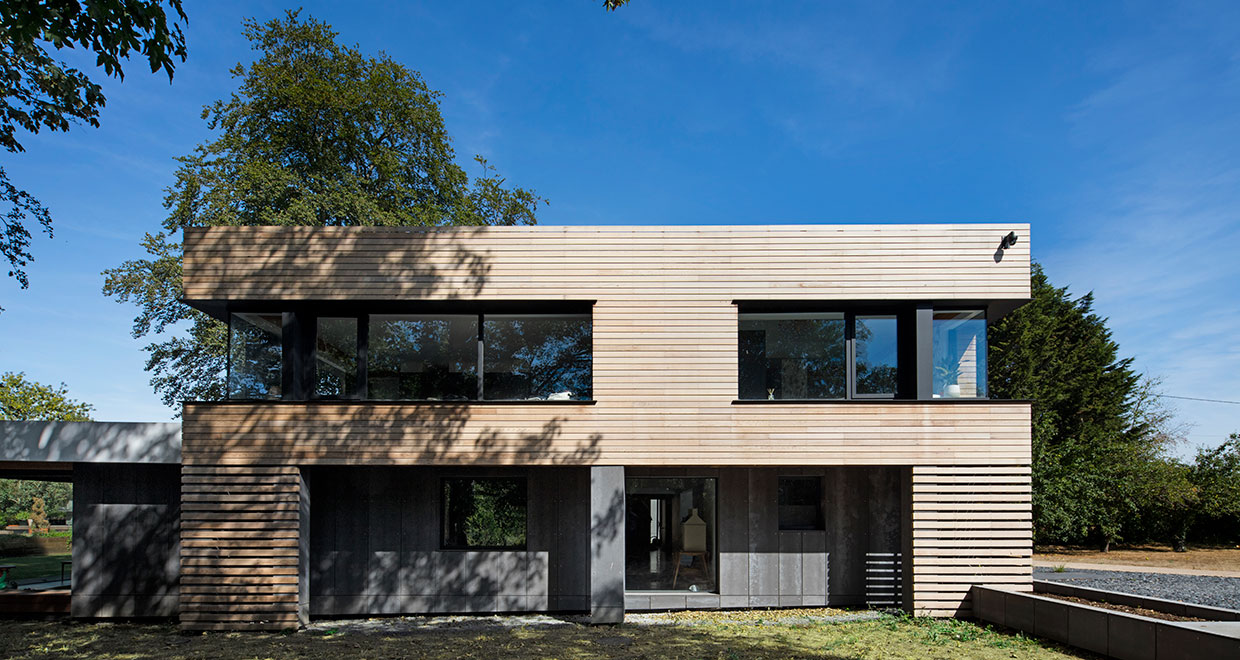 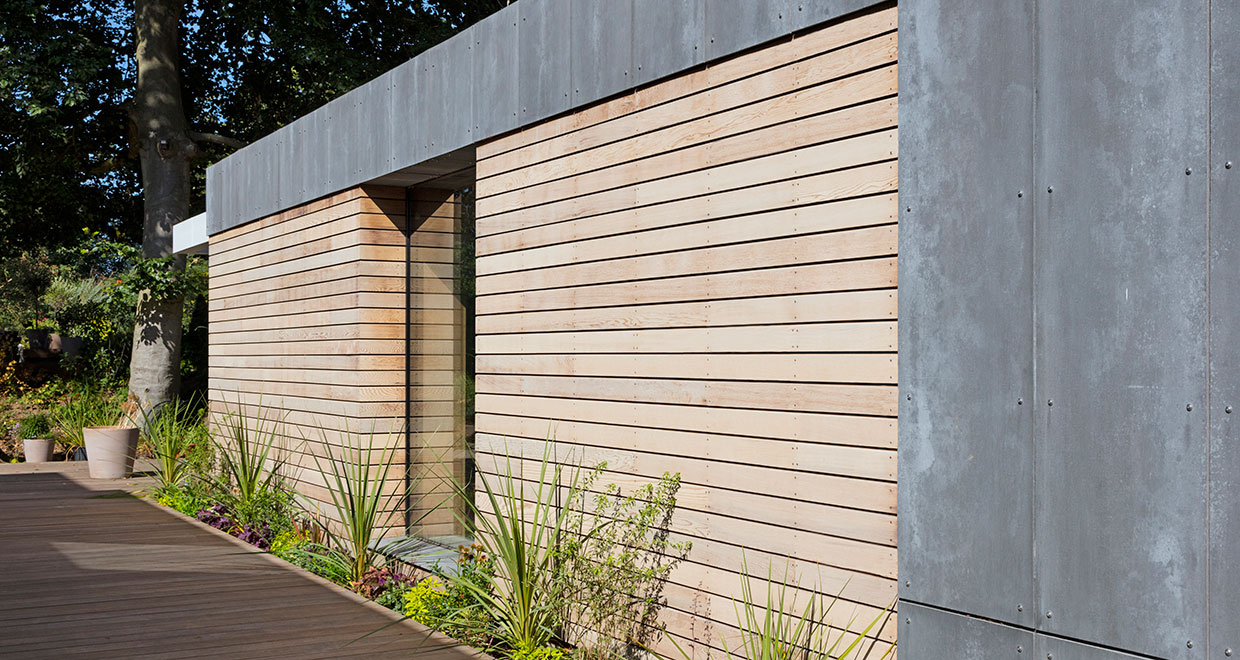 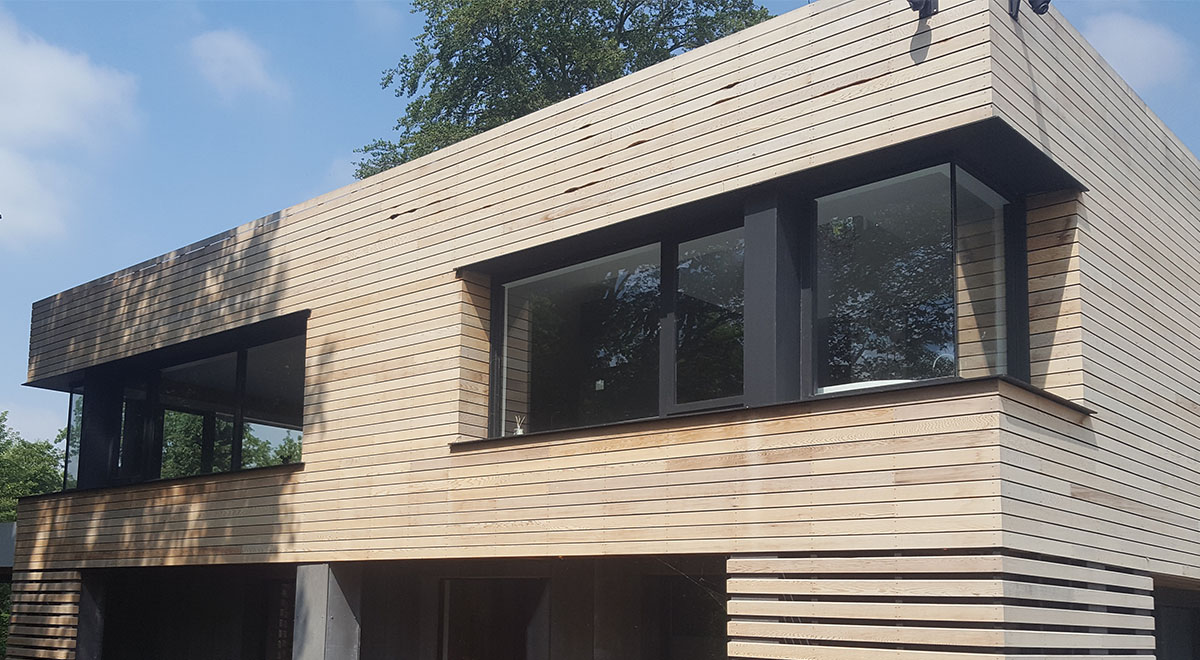 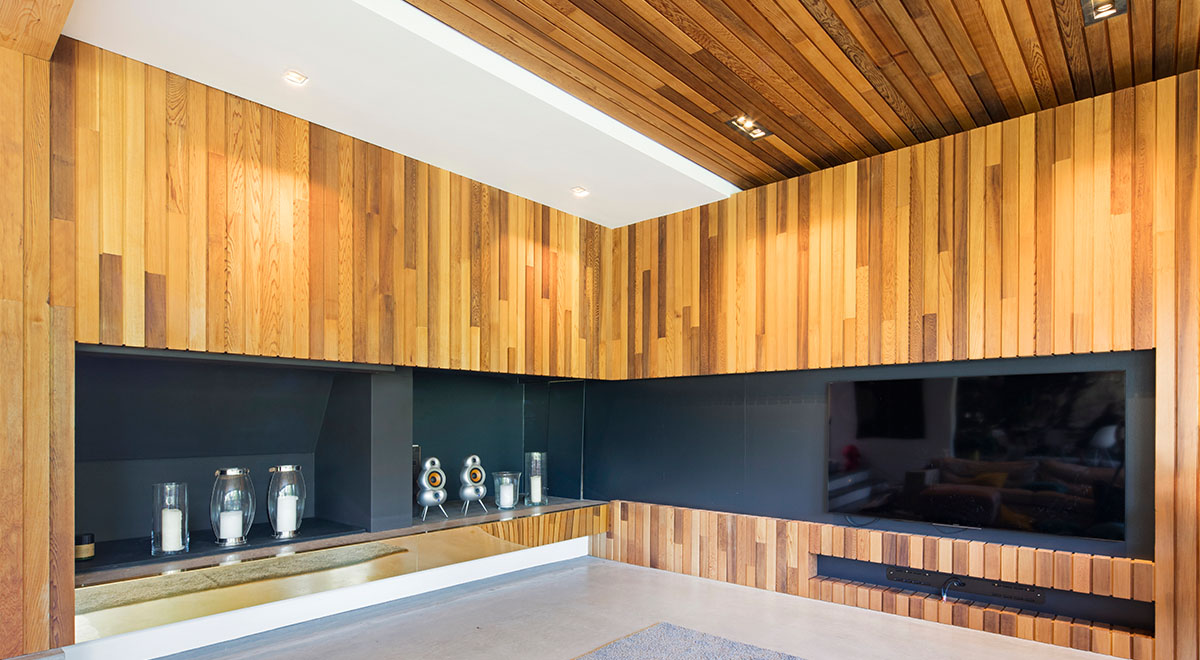 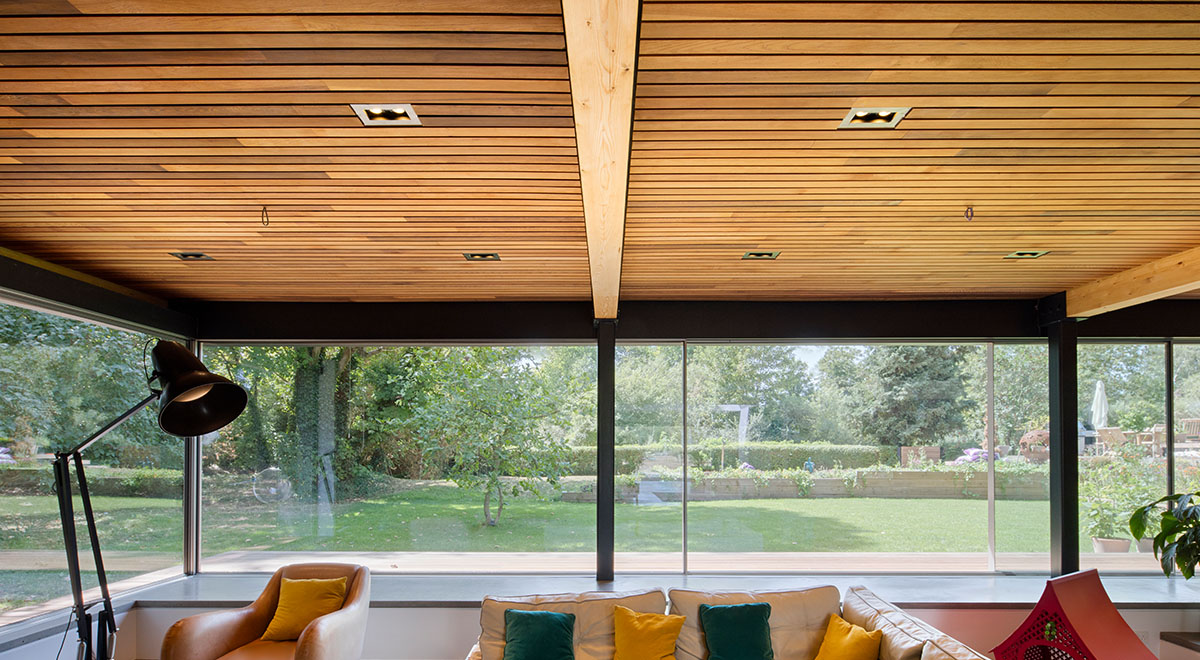