The Chase recently completed a residential project in Southwest London that transformed an outdated and unrenovated 1970s bungalow into a visually striking 21st century home.

Owners Ed and Claire requested the 2 bed bungalow to be turned into a contemporary family house comprising of a floating timber box above an existing plinth.

Silva Timber’s Western Red Cedar 19 x 38 Trim Boards were used extensively on the exterior of the property. By using Western Red Cedar rather than man-made material, the home was given much warmth and character. The defined horizontal lines give the structure a strong urban presence.

The Western Red Cedar trim boards are used to give texture to the simple forms and to link visually between the elements. They are spaced in order to create shadow gaps, giving a uniform “hatched” architectural textured facade. 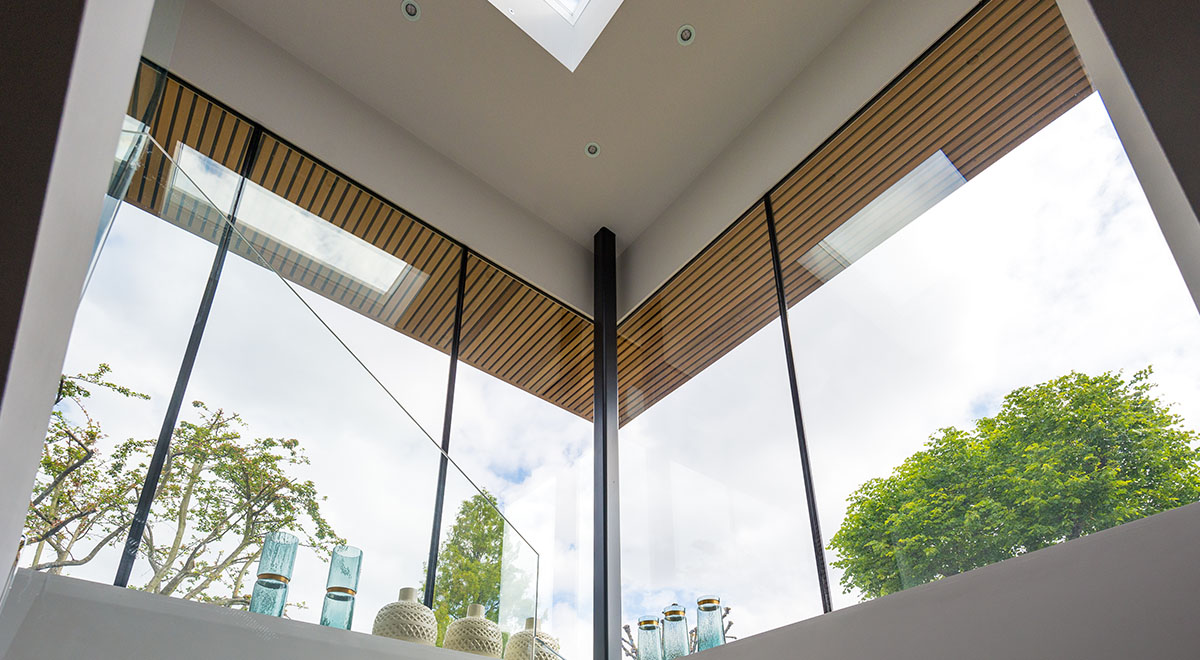 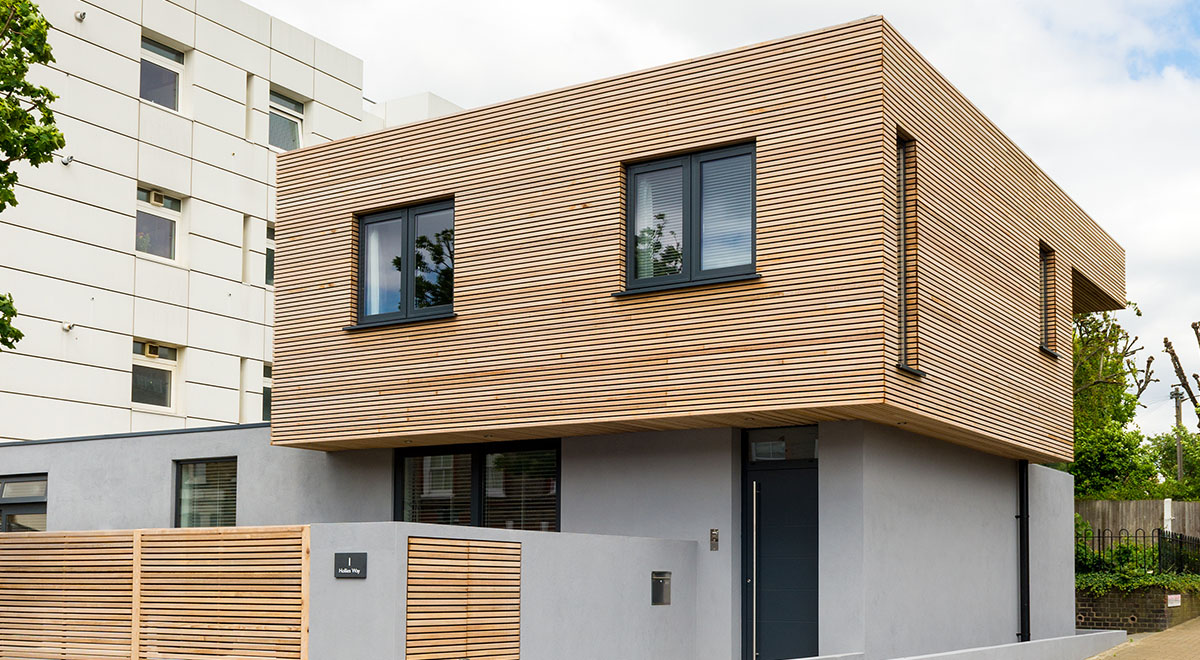